WHO YOU WILL MEET
This programme is specifically targeted at procurement leaders, managers and professionals from across the ANZ region, largely from the top 2000 companies, public sector agencies at federal, state and local level, plus not-for-profits large and small.

The 10th Annual PASA Premier ConfeX is the largest and most prestigious event in the PASA calendar and regularly the largest professional procurement event in Australia.

Why it’s all different now  – The 10th Annual PASA Premier ConfeX will bring together procurement leaders from across the ANZ region for two days of learning, exploring, sharing and ‘real’ networking in person as a LIVE event.

This event will follow the tradition of PASA annual conferences which are always ahead of the curve on thought-leadership, innovation, relevance, value and practicality and will follow our ‘post-savings’ procurement theme by examining the THREE biggest challenges facing procurement right now – growing ESG questions, the beast of INFLATION and the challenge of DE-GLOBALISATION:

THE THEME : Why it’s all different now ….

We live in an increasingly complex and volatile world. Which makes a global sourcing strategy increasingly difficult to execute professionally in a way that optimises cost advantages against supply assurance – especially from overseas suppliers, and during a time of turmoil due to the pandemic and its ramifications.

The COVID-19 crisis highlighted how much Australian and New Zealand rely on overseas supply lines. Domestically, we are a service-based economy – with around 70% of local GNP generated from services. So, we import much of what we consume in Australia & New Zealand; leaving us especially vulnerable to others’ problems around the world such as wars, natural disasters, supply chain bottlenecks, global pandemics, economic pressures, inflation, pirates and, even, also increasingly, tariffs & trade wars and geopolitics. And exposed to all of their consequences, both direct and indirect.

But THREE new forces are especially prescient for organisations right now, as we emerge from the pandemic and business works hard to right itself and get back on track. And each of these three forces is largely acting from the supply-side; firmer ESG considerations, soaring inflation & deglobalisation impacts: 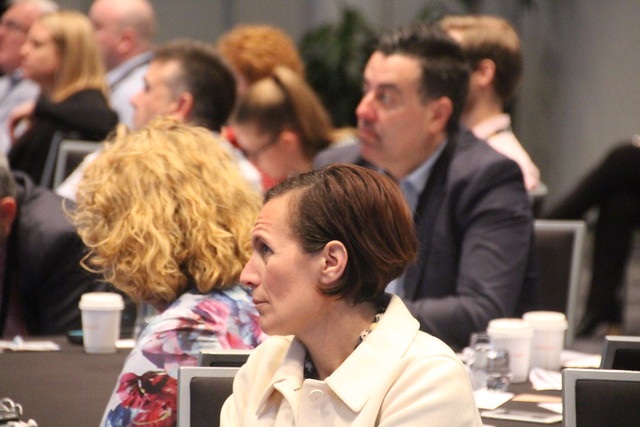 As much broader ESG considerations have replaced the narrower CSR (corporate social responsibility) questions, organisations both large and small have looked to the supply-side to manage their obligations – both mandatory and self-imposed.

In fact, such ESG considerations are becoming a prerequisite for business, before even discussing the numbers with any vendor.

Yet with such a broad agenda, how can organisations ever do enough to ensure stakeholders let them keep their social licence to operate? What can realistically be achieved through procurement alone?  And how do buyers prioritise so many worthy initiatives? Are we trying to everything, at the expense of doing the most relevant things well? And can ESG be a primary Procurement deliverable to replace diminishing savings?

As inflation rates in mid-2022 pass around 9% in the UK, USA and New Zealand, and also escalate significantly in Australia – CFOs face the prospect of mathematically doubling relative cost (and halving purchasing power) within 10 years or less at these rates.

Moreover, with the nature of current inflation being “COST-PLUS” orientated, maybe the ‘C’ suite might imagine that procurement could have a disproportionate influence in mitigating the effects of high inflation for their organisation?

And, if inflation is soaring in more advanced economies, is it possible to source more aggressively from other countries less affected by inflation?

Deglobalisation is a gradual process of diminishing interdependence between countries around the world, largely through declining economic trade and investment and exacerbated, or even caused, by the myriad of forces listed above.

This trend has notably accelerated through the pandemic as supply chain bottlenecks have become so apparent and, more recently, the effects of the war in Ukraine have spread globally at the same time as economic issues like inflation and commodity shortages have become more pronounced.

In sourcing terms, however, maybe are we reaching a point where regional ‘trading blocs’ are re-emerging as countries strive for strategic autonomy? Russia and its allies increasingly trading alone, the EU becoming more insular post-Brexit, America more concerned with domestic issues than international ones, China proving more awkward to work with?

Fuelled, maybe, by the rising profile and influence of groups of nations such as the G7, ASEAN, APEC, BRICS, AUKUS, The Quad and others? What does this all mean for genuinely global sourcing – from ANZ at the tip of the global supply-chain? Or does this now mean we will increasingly be restricted to sourcing more from certain nations and trading blocs over others? Or, simply to rebalance RISK and COST individually for every critical overseas sourcing decision?

Indeed, has “lowest cost” sourcing strategy already simply given way in 2022 to “most secure” sourcing, from either single or multiple suppliers? Supply-resilience more important that best-margin, in a world of growing shortages? Lean supply chains are attractive, but the total cost can be crippling when they fail. The Economist 24th June 2022 reports global inventories for the largest 3,000 firms have grown from 6% to 9% of world GDP and that, “the West is seeking long-term supply deals from allies rather than relying on spot markets dominated by rivals.” It concludes that supply, “resilience comes from diversification, not concentration.” 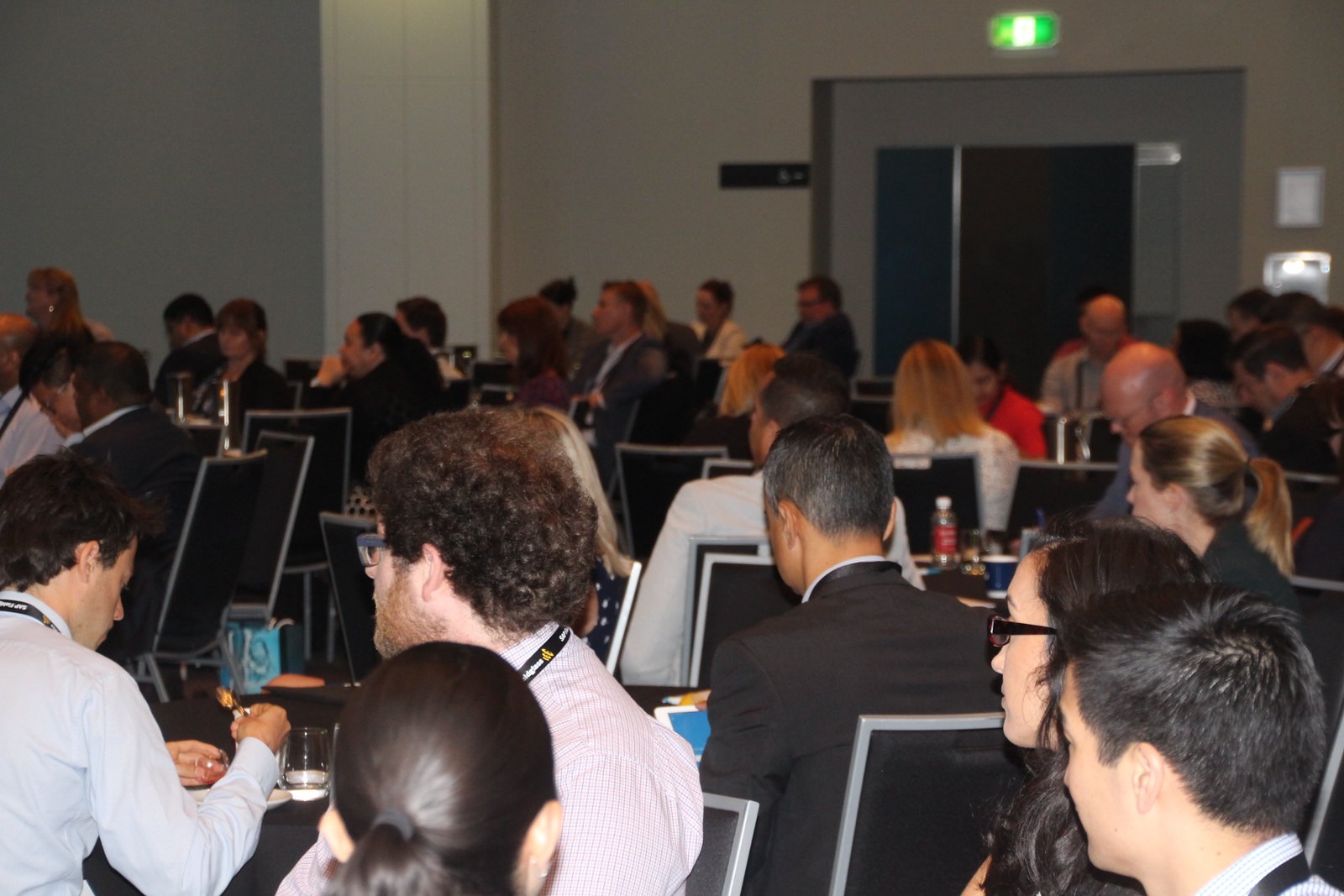 Of course, in addition to these THREE main forces, other factors that have altered procurement’s course during Covid have not gone way. In many ways, they have laid the groundwork for our changing profession;

So, what does the future of strategic sourcing truly look like? How is our profession set to change – away from a myopia on savings? Working for broader outcomes? A new focus on supply risk? More agile? Certainly, measured to a new strata of expectations …. In other words, it’s all different now …

Each speaker at The 10th annual PASA Premier ConFEX this OCTOBER 12-13th will address this theme either directly or indirectly. And with over 30 contributors in a packed two days, we are sure to address enough topics directly relevant to you and your organisation.

Why it’s all different now …

This event is set to be the largest LIVE Procurement conference in the country this year, including ‘THE NIGELS’ procurement in practice excellence awards, and an event to follow the tradition of PASA annual conferences always being ahead of the curve on thought-leadership, innovation, relevance, value and practicality. See you all there …